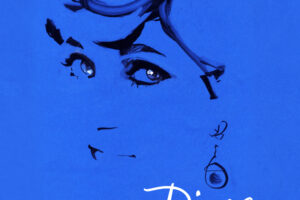 The La Jolla Playhouse is breaking new ground again. The company that, for the past seven years, has produced seasons of only innovative, original work, is on the cusp of something unprecedented.

In March, when the pandemic hit, Tony Award-winning Playhouse artistic director Christopher Ashley was in the second week of Broadway previews for the new musical, “Diana” (which premiered at the Playhouse in 2019), about the love triangle and marital complications of the beloved Princess of Wales.

This month, he and the ensemble are recording a cast album of the show. But most innovatively, in the next few weeks, they will be re-creating the musical on the stage of the Longacre Theatre, where the set continues to rest in place.

There will be no audience, but the filmed version will go straight to Netflix, where it will premiere next year, ahead of the Broadway opening, currently scheduled for May 25, 2021.

“This is one of the biggest stories to hit the COVID-infused airwaves of late,” wrote Broadway producer Ken Davenport in his blog, “The Producer’s Perspective. “Is this the first domino in the straight-to-streaming market?

“It makes sense why Netflix wanted this specific show,” Davenport continues. “Diana is a big brand and a documentary — two things Netflix audiences love. Now, the question is: Will other shows follow? Which ones? And will it happen during the pandemic? Or when Broadway comes back? And will ‘Diana’ sell more tickets because of this stream?”

The two-time Tony Award-winning Broadway and Off-Broadway theater producer has many questions, but nevertheless considers this innovation “an exciting idea.”

“What’s awesome to me,” he continues, “is that Broadway is a business that does NOT like to take risks. But… now is not a time for a ‘We can’t’ about anything. Major kudos to the producers and creative team and all the unions involved for going for it. A new model just got made.”

He goes on to celebrate the fact that many out-of-work artists are going to get paid for this project. And he predicts, “it will do better on Broadway, on tour, and for the rest of its licensing life, because they made this deal.”

It’s a win-win-win-win: for the Playhouse, the creative and producing team, Netflix and the audience.

The musical features a book and lyrics by Joe DiPietro, and music and lyrics by David Bryan (keyboardist for the rock band, Bon Jovi), the collaborators behind the 2009 Tony Award-winning Best Musical, “Memphis,” which also premiered at the Playhouse under Ashley’s direction.

While many shows have turned to the digital landscape in the wake of theater shutdowns, primarily with Zoom readings and online performances, this is the first production to offer an in-person/filmed hybrid model.

Data indicates that instead of cannibalizing fans, broadcasts of theatrical shows actually may increase the appetite of an audience. A recent survey by ticketing app TodayTix found that more than a third of respondents who hadn’t seen “Hamilton” live were more likely to buy a ticket after seeing the broadcast of the musical on Disney+.

A joint statement from the “Diana” producers, Grove Entertainment (Beth Williams), Frank Marshall and The Araca Group, noted that, “We speak for the entire company when we say that we couldn’t be more excited to finally be able to share our show with theaterlovers everywhere.”