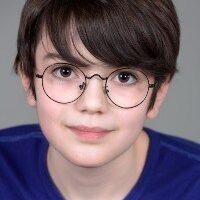 For 35 years, the San Diego-based Playwrights Project, which runs multiple programs for people of all ages, has been staging a statewide contest for young writers. It’s always been a fascinating window into what youth have on their minds.

This year, the 36th annual event, is, like so much else, streaming virtually. In view of COVID-short attention spans, each play this year is only 15 minutes long, and each of the three performance Programs is no more than an house.

Because of what we’ve all been through, the plays are especially pointed and poignant this year. Although only one of the five winners, age 13-18, focused directly on the pandemic that has turned our world inside-out, they all share a common thread.

“They’re all about moving forward,” says executive director and Festival producer Cecilia Kouma. “But at the core, each asks, ‘What do we let go of?’ and ‘How do we embrace a new reality as we step into an uncertain future?’ It’s a question many of us have been asking after a year of lockdown from COVID.

“I’m excited about each and every one of them,” she concludes.

“Forward,” by 17 year-old Kaya Dierks, a senior at The Branson School in San Francisco, is about the aftermath of loss. A father and daughter are at a restaurant, nine months after the tragic death of the mother of the family. He wants to move on, to introduce her to his new girlfriend. She’s not so sure, or ready; she feels abandoned and overlooked. “I wanted to explore what it means to move ‘forward,’” says the playwright. In an effort to rebuild their family, this father and daughter must find forgiveness for themselves and each other, and establish a new set of expectations for the future.

“Controversy in the Comments Section,” by 16 year-old Canyon Crest Academy senior Sarina Hegli, explores “the good, the bad and the unintended consequences of social media.” Sarina says she was inspired to write the play because of “my love-hate (but mostly hate) relationship with the community application Nextdoor, on which people feel free to be so unpleasant, it’s almost comical.” Although they often don’t agree (especially about his wanting to drive — and her allowing him to grow up), a mother and son find an unexpected moment of connection and accord over a contentious exchange on the neighborhood app.

“The Love Project,” by 18 year-old Jordan Marie Finley, currently a sophomore at UC Santa Barbara, focuses on a teen fearful of claiming his sexual identity. Jordan hopes her play “will help young people who are finding themselves feel seen, heard and understood.” Her immigration play, “Feliz Cumpleaños,” was a highlight of last year’s Festival. This year’s piece, says Kouma, is “on the cutting edge of hip, young dialogue.“

Typically, the plays by writers under 15 are presented as staged readings. That’s the case with “The Fight for a Dream,” by Arely Gómez Hernández, age 13, about a girl longing to be a singer despite discouragement from her family. The piece, which is underscored with Mexican music, has a surprise ending.

But an exception to that Playwrights Project tradition is the play by 13 year-old charter school 8th grader Declan Kallberg, who Kouma calls “very forthcoming, and brilliant.” His piece will have a full production.

“This is indeed the first play I’ve written,” says Declan by Zoom call from his home in Temecula. “I wrote it during a Community Voices playwriting workshop The Old Globe hosted on Facebook over a period of several weeks. I think I’m the only child who participated in that program.”

Declan thinks of himself primarily as an actor, but during pandemic times, he was “looking for more ways to stay involved with theater. During this buildup to the Festival, it was interesting to see, in profound detail, how much hair-pulling the playwright has to do to come up with the right words that I would perform onstage without thinking about how they got there.”

In his play, which is the only one in the Festival that addresses the pandemic directly, a son’s Fear and a mother’s Worry are personified.

“Since I have OCD,” says Declan, “I thought a lot about fear in general. The pandemic, and the quarantine, raised my stress level and made my OCD worse. The idea I was most interested in exploring was: Fear in excess is usually a bad thing, but it can be a positive thing. Fear may have good intentions but if it takes over, things can get somewhat catastrophic.

“Then I thought, ‘What if a parent had other emotions functioning like that?’ That led me to Worry.”

Nerve-wracking though it may be, Declan really enjoyed the painstaking process of getting the play on its feet.

“The feedback from everyone who worked on this production has been invaluable,” he says. “I’ve learned a lot about what goes on behind the scenes. I think I have a unique perspective from the experience of being an actor. I’m immensely grateful for this wonderful opportunity. Grateful and humbled.”

Declan is also very pleased with the outcome. He thinks he’s lucky with his director, Ruff Yeager, the Festival artistic director who’s also co-founder of The Roustabouts Theatre Company and Professor of Theatre Arts at Southwestern College.

“Ruff has a very good grasp on the piece,” says Declan. “Maybe a better grasp than me.”

He’s also tickled by the fact that one family is portraying the characters in his play.

“I’m so fortunate that they’re a family of actors, that fits the production so well, we didn’t have to have the cumbersome — and less real — problems of Zoom.”

That was something of a stroke of genius on Playwrights Project’s part.

“We thought, ‘Wouldn’t it be fun if we could have a family?’” says Kouma. “Ruff and I said, at the same time, ‘What about the Heils?’ It turned out to be super-fun.”

The Heils are well known in San Diego. Jason, an Equity actor who teaches at CSU San Marcos and Grossmont College, has performed and directed all over the county. Kim Montelibano Heil, who is associate producer and casting director at the San Diego Repertory Theatre, has also performed on local stages, as have their two children, Katrina, 15, and Tristan, 12. All four Heils are in Declan’s play, “Dub Thee Fear,” and each of them appears in another piece as well: Jason and Katrina in “Forward,” Kim and Tristan in “Controversy in the Comments Section.” They were filmed at home in different locations around their house.

“This is the first time we’ve all worked together,” says Jason. “It’s been awesome, really fun. Just being in a room with another actor, to touch, look in the eye, read the body language, after a year of deprivation, is like water in the desert.

“Our scripts and directors are strong. These pieces are fun to dig into. We’re making art again!” (Jason is also directing a virtual version of Qui Nguyen’s “She Kills Monsters” at CSU San Marcos, which runs concurrently with the Young Playwrights Festival, March 11-14).

Jason finds Declan’s play to be “really funny. It’s farcical, with heart. Tristan plays a boy who’s so worried about the pandemic he created a Knight named Fear to talk him down. That’s me. As the mother, Kim has her own fantasy character, Worry, who’s a super-businesswoman with multiple pencils in her hair. Of all the young playwrights I’ve worked with, Declan is in many ways the most secure and confident about what he’s written.”

Declan does seem to have been bitten by this non-acting variant of the theater bug.

“I’m planning to enter into the competition next year,” he says. “I expect and hope that this isn’t the last play I write.”