“THE MINEOLA TWINS” at Moxie Theatre 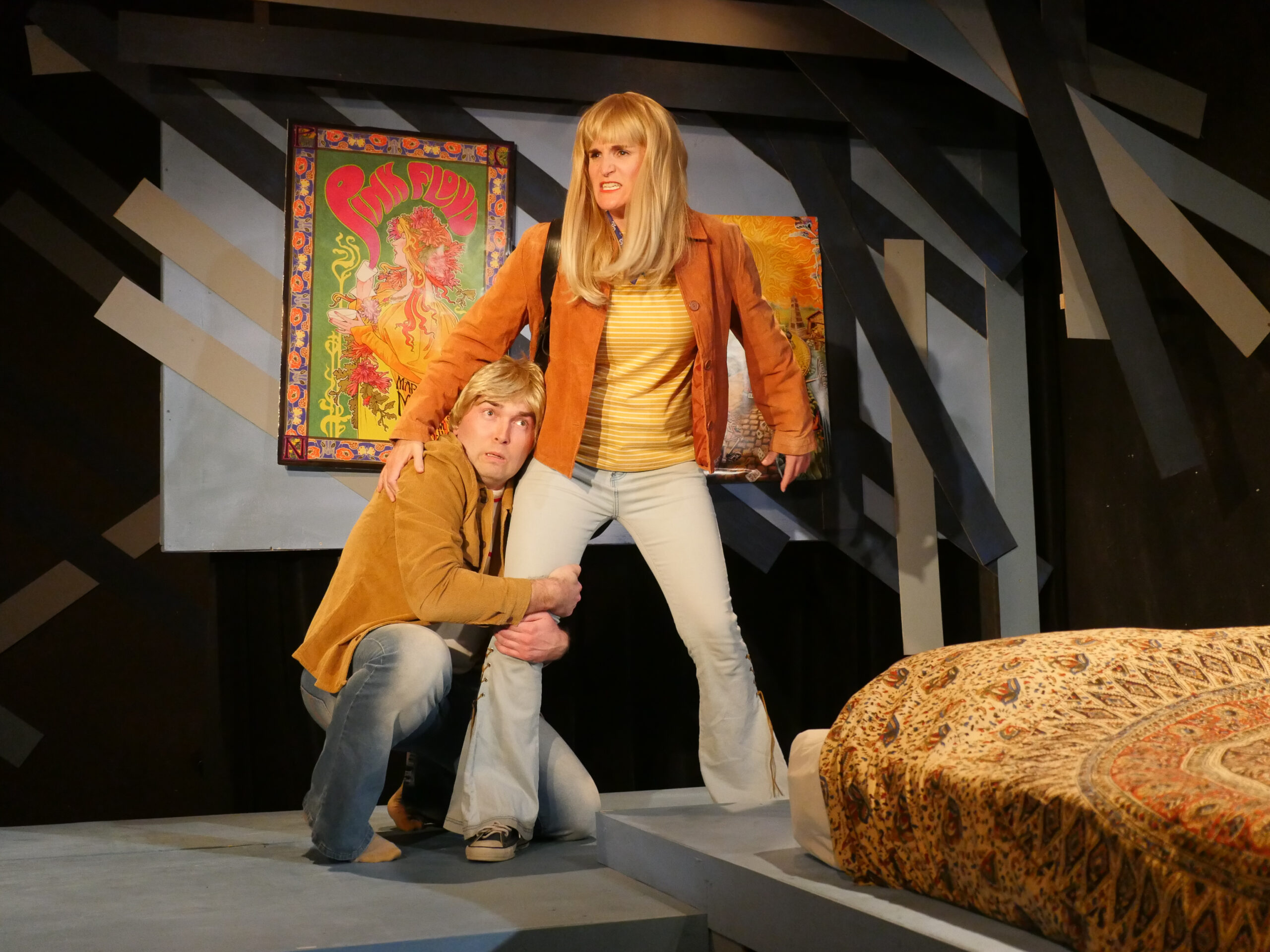 Either playwright Paula Vogel was politically prescient in 1999, or the country is moving backwards. Both are equally plausible.

In her feminist satire, “The Mineola Twins,” Vogel shows that, in some rationally inconceivable way, ultra-conservative traditionalism and radical progressivism are two sides of the same coin — especially in their extreme forms.

The coin of her realm is a genetic one; the opposites are identical Long Island twins, who appear to be alike in every way, except their personal/political bents and their mammary endowment.

Sexist men, the objectification of women, the fear of change and female freedom vs the anarchy and promiscuity of arch feminism; the strong embrace vs. the repudiation (even bombing) of Planned Parenthood — all these haven’t begun to leave us in the nearly 60 years since the first scene of the play is set.

Judging by the fact that I just, for about the tenth time in multiple decades, marched in support of reproductive rights and Roe v. Wade, and against the banning of abortion (Women’s March, 10/2/21), things haven’t changed much at all.

Well, to be honest, they have progressed. And now they’re regressing.

So while Vogel, and Moxie Theatre executive artistic director Jennifer Eve Thorn, have serious themes on their minds, the play is intended as a kind of farcical romp.

As Vogel herself once said, “There are two ways to do this play: 1. With good wigs.  2. With bad wigs. Personally, I prefer the second way.”

At Moxie, the wigs are pretty good. Which means the comedy could be broader, and the distinctions between the antithetical twins even more pronounced.

Samantha Ginn, who’s assaying both roles (as written) has, over the course of many performances, shown that she’s a gifted clown, highly capable of over-the-top antics.

But she seems contained and controlled here. Her performance, and her terrific costume quick-changes, are impressive. But the still-relevant reality of the times is so distressing (and depressing) that a ramp-up of the humor would be ameliorative. Perhaps, as she settles into the role over time, she’ll relax and let loose.

The between-scene pauses (to allow Ginn time to change clothes, wigs, shoes, etc. — she has a full-time dresser backstage) could be more engaging and amusing, too.

Still, Thorn has provided some fun stage business, and the rest of the cast, each in multiple roles, provides excellent support, especially Emily Jerez as slimeball loser, Jim, the boyfriend of Myrna, the capaciously-endowed but virginal “good sister” (Jim gets his frustrated rocks off with the flat-chested “bad girl,” Myra, at the same time); Philip Magin, in different timeframes, as both Myra and Myrna’s high school-age sons (each the philosophical obverse of his mother); and Desireé Clarke as Sarah, feminist Myra’s level-headed lesbian partner.

The tech team offers fine support, too, though it could all be more cartoonish, to match the tone of the text.

It’s noteworthy that Thorn’s very first directing experience, when she was an undergraduate, was the controversial play that won Paula Vogel the Pulitzer Prize: “How I Learned to Drive.” That was a challenging undertaking (she had to take the production off campus); it’s also a better play than this one.

But it’s nice to see that Thorn is still concerned with political plays and provoking post-show discourse. A commendable way to re-open her theater to live performance.