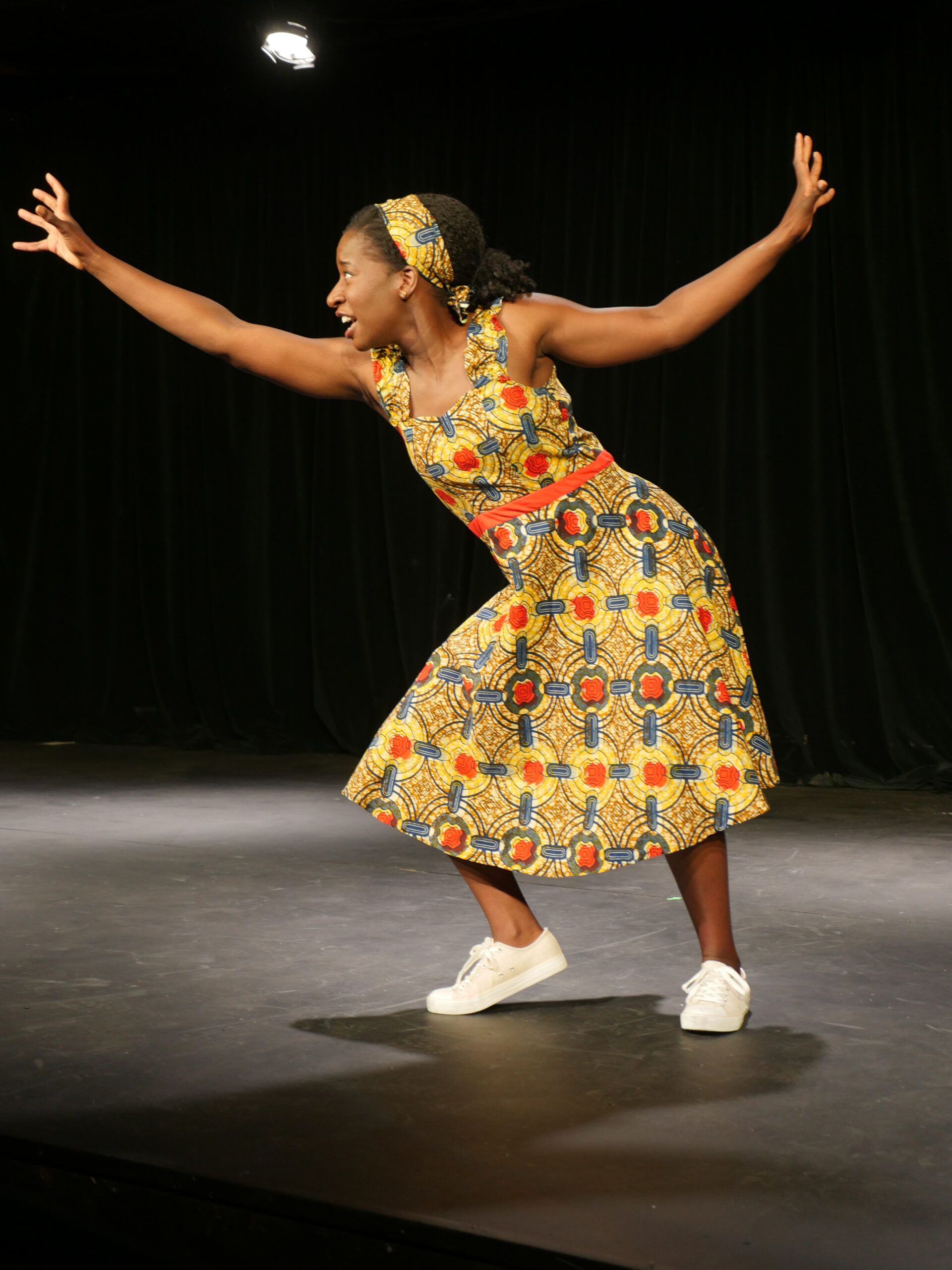 It only lasts about 20 minutes, but It packs a punch.

The virtual world premiere of a galvanic solo play, “The Mango Tree,” written by and starring Bibi Mama, is a potent addition to Black Artist Collective’s “Say It Loud” Festival, leading up to Juneteenth.

Co-directed by Bibi Mama and Claire Simba, produced by Moxie Theatre (and BAC), the piece originated as Mama’s thesis project for the USD/Old Globe MFA program.

“The Mango Tree” is a folktale set in a small village in Benin, the West African country where Mama’s father was born.

Several events and experiences served as inspiration, as Mama tells us in the talkback after the show, which includes her father, a best-selling author and Distinguished Professor living in Connecticut, where Bibi was raised.

First, there was the storytelling of her childhood, which her father used to teach, admonish and   discipline his children, as had been done by the elders in his native country.

Then there was a college friend of Vietnamese heritage, who told Bibi a folktale about a river goddess that she never forgot.

Finally, there was the sudden loss of a dear friend.

So her lovely, touching, highly energized play and performance underscore the importance of story, family and dealing with grief.

When we meet her, it’s Tayo’s birthday, a day she shares with her twin brother. She’s come to their favorite spot, near the river, under a large, beloved mango tree.

While telling us about how they climbed the tree (or didn’t, in her brother’s case) and relished the luscious fruit (about which her brother made up a song and dance), she also relates a tale of how the ancestors used to honor, commemorate and appreciate the river goddess — until they didn’t, with dire consequences.

Listening to stories, both Bibi and her father tell us in the talkback, helps develop perspective, empathy and compassion. Stories allow us to see the world from the viewpoint of another person or culture.

Most important, they show us how much alike we all are (we all laugh and cry the same, says Bibi’s father in reciting a heartrending poem), despite differences in our language, background, skin tone, religious beliefs, political affiliation, gender or cultural identity.

As Professor Mama puts it, “The human race is one color — the color of blood.”

The hope here is that the narrative force of a seemingly simple but psychologically deep folktale can be carried with us as we return to the world, congregating again and appreciating all we’ve missed in the past 15 months of pandemic pain.