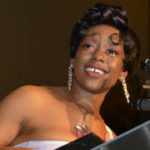 The San Diego Theatre Critics Circle announced Tuesday the winners of its 2019 Craig Noel Awards, which recognize the achievements of professional theaters in San Diego County.

This year’s 29 awards were presented before an audience of nearly 500 guests at the annual ceremony Monday night at the Jacobs Center for Neighborhood Innovation in southeast San Diego.

Backyard Renaissance Theatre Company was singled out for the annual Don Braunagel Award for Outstanding Achievement by a Small Theater Company for its body of work in 2019.

The rarely-presented Director of the Year honor went to Rob Lutfy, who helmed four strong productions in 2019 at Cygnet Theatre, where he serves as associate artistic director.

The 2019 Actors of the Year are Cashae Monya and Michael Cusimano, who both performed impressively in four or more productions last year.

This was the first year the San Diego Theatre Critics Circle presented non-gender-specific awards in all of its performance categories, a cause celebrated by Jeremy Wilson, a non-binary artist who won the Lead Performance in a Musical award for the title role in Diversionary’s “Hedwig and the Angry Inch.” At the podium, Wilson said it was an honor to win in the mixed-gender category because it made them feel “seen” and validated by the community at large.

The 2019 awardees were chosen by a nine-member body of professional critics who write for San Diego newspapers, magazines and online publications — including Times of San Diego’s Pat Launer.

The San Diego Theatre Critics Circle is an independent, nonprofit organization of print and online theater critics dedicated to open and honest dialogue about theater in San Diego County and to honoring artistic excellence. The awards are named in honor of Craig Noel, longtime artistic director at San Diego’s Old Globe Theatre.