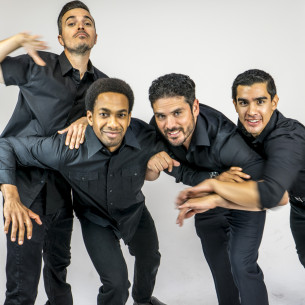 Did you ever think about what happens after your busboy disappears behind that swinging door? “My Mañana Comes” by Elizabeth Irwin, shows you the ‘back of house’ of a posh New York restaurant, where there’s the usual conflict and somewhat controlled chaos, not to mention the hopes and aspirations of the minimum wage employees, several of them illegal immigrants.

There’s Peter, the African American who thinks he “runs the place,” and would be perfectly happy to remain in his current position, with just a little more authority and pay, so he can support his wife and daughter. Whalid denies his Latino heritage and says he’s from Brooklyn, though he can razz the illegals in Spanish at will. He just wants out; every week he has a different career plan.

Pepe is the newest and youngest of the four. He wants to bring his brother up from Juarez, but he’s having a hard time keeping his cash from clubs and fancy sneakers. And then there’s Jorge. Whalid calls him “Quiet Taco.” Though he has a sly sense of humor, Jorge keeps to himself and scrimps mightily, saving to build a house for his wife and kids in Puebla. To Peter and Whalid, his lifestyle just doesn’t seem right; it’s not American.

It takes a long time for this 90-minute drama to build, despite its crisp, snappy dialogue and considerable comic elements. But the ending is a shocker.

At the San Diego Rep, the direction and cast are superlative. Delicia Turner Sonnenberg is always excellent at eliciting detailed characterizations and, in English and Spanish, Edred Utomi, Jorge Rodriguez, Spencer Smith and Jose Martinez expertly deliver. The nimble pace and choreographed moves are terrific. The set deserves mention, too, with its meticulous array of kitchenware.

Next time you eat out, look past the swinging door. And think about your busboy. Outside the restaurant, his life may be hanging by a thread.

“My Mañana Comes” runs through October 25 at the San Diego Repertory Theatre in Horton Plaza.