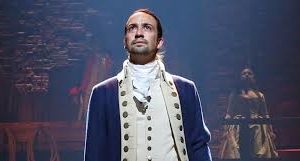 When an unexpected opportunity presents itself, you just have to grab it. So, when a friend called and said she had an extra ticket to “Hamilton” – in Puerto Rico, starring Lin Manuel Miranda, I leapt at the chance. Two days later, we were in the air and on our way.

Miranda, the Pulitzer Prize-winning MacArthur ‘genius’ who created the blockbuster, game-changing, 11 Tony-winning musical, played the title role Off and on Broadway from the get-go. Since 2016, there have been numerous Hamiltons and several national tours. But being a New York-born first generation Puerto Rican, Miranda wanted to help his parents’ homeland, still struggling 18 months after Hurricane Maria’s devastation.

He scheduled a 3-week return to San Juan, to reclaim the role he originated. With a whopping nine performances a week, the sold-out show raised $15 million for Miranda’s Flamboyán Arts Fund, a non-profit that benefits the arts in Puerto Rico.

I won’t say my ticket was free or cheap, but it was unequivocally worth every penny. The energy in the 1800-seat Centro de Bellas Artes was electric and electrifying.

When Miranda made his first appearance onstage, to announce his character’s name, the crowd went wild, in a rapturous, long-lasting standing ovation.

The mega-talented writer/composer/actor was clearly relishing his return. He was playful in the role, and delved deep into the conflicted Founding Father, a workaholic with whom Miranda admits to sharing many traits. He’s a charismatic standout, but also an excellent and generous ensemble member. This is an outstanding, vocally powerful cast, in a dynamite production that highlights the show’s superlative staging, choreography and lighting.

I cannot over-emphasize how terrific and important this musical is: the untapped history it reveals, by means of a diverse cast, underscoring the significance of immigrants in the development of this country; the brilliance of the lyrics; the poignancy of the story and relationships.

It may be a while before “Hamilton” returns to San Diego. Consider it a potent incentive for a San Francisco getaway; this same superb cast now heads for an extended run in the Bay area. You won’t see Lin, but you will see something stunning, innovative and unforgettable.