FEATURE: “DIANA: THE MUSICAL” coming to Netflix and Broadway in 2021 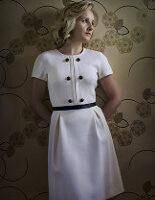 It’s been a really rough year for the British Royals. Now, along comes “Diana, the Musical,” for all the world to see… and Broadway, too.

The show, which premiered in 2019 at the La Jolla Playhouse, was scheduled to open on Broadway last March. It was two weeks into previews when it was forced to shutter because of the pandemic.

“Diana the Musical” celebrates the life of Princess Diana and chronicles her stratospheric popularity, her troubled marriage to Prince Charles (and the love triangle she endured with Camilla Parker Bowles), as well as her struggles to endure a spotlight that was perhaps, brighter than any the world had known.

The musical features a book and lyrics by Joe DiPietro, and music and lyrics by David Bryan (keyboardist for the rock band Bon Jovi), the collaborators behind the 2009 Tony Award-winning Best Musical, “Memphis,” which also premiered at the Playhouse under Ashley’s direction (and for which he won his Tony).

While many shows have turned to the digital landscape in the wake of theater shutdowns, primarily with Zoom readings and online performances, this is the first production to offer an in-person/filmed hybrid model.

The musical will premiere on Netflix on Friday, October 1. Pending Broadway’s anticipated reopening, with government approval, and following all requisite health and safety guidelines, the New York production is scheduled to begin previews on Wednesday, December 1, 2021. Opening night will be Thursday, December 16, 2021.

Tickets for the Broadway engagement are now on sale (through November 2022) at telecharge.com.