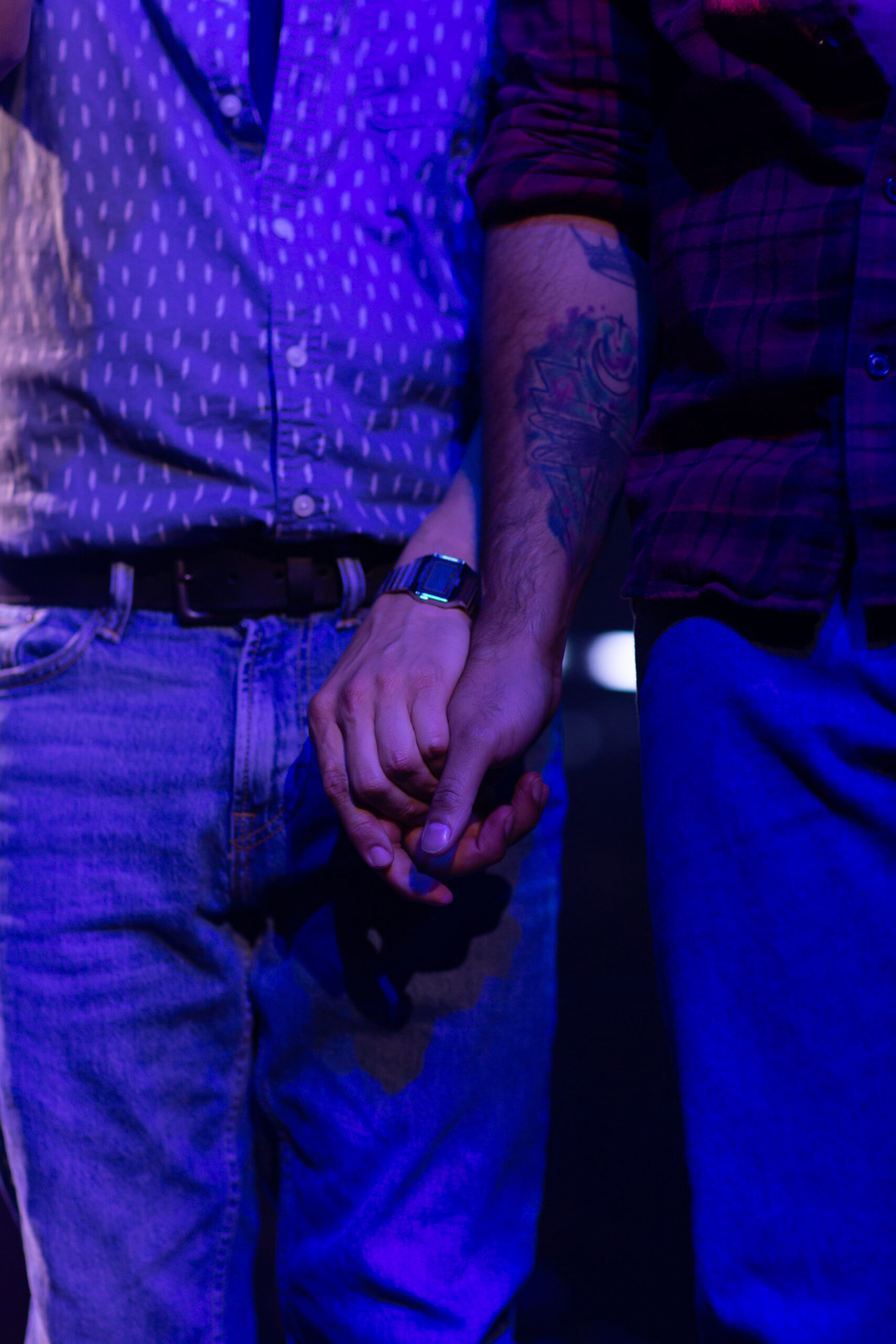 The message of the new musical, “Eighty-Sixed,” is more potent and poignant than ever right now: “Don’t forget us. Remember our names.”

Set in the 1980s, but mostly in 1986, it’s about those who struggled with, died of and survived the deadly HIV/AIDS epidemic.

More than 700,000 people in the U.S. have succumbed to AIDS/HIV-related illness. There is the ever-expanding AIDS quilt, but to date, “The Grove” in San Francisco is the nation’s sole federally designated National AIDS Memorial.

And, how will we commemorate the 1 million (and counting) who’ve died of COVID-19? Or the thousands of innocents (including schoolchildren) killed in mass shootings?

“Eighty-Sixed,” based on the 1989 novel of the same name, written by AIDS activist David B. Feinberg (who died of AIDS in 1994, at age 37), is focused on the gay community, which was brought together at the same time it was ravaged, both torn apart and united by AIDS.

The book was an irreverent confessional by a character named Benjamin Joseph Rosenthal (presumably a stand-in for the author) who, in the midst of the madness, has shut himself off from emotional connection.

In his bedroom, he keeps a huge jar, filled with little slips of paper, each holding a name, date, maybe a phone number, and an identifying feature or two of a man he’d hooked up with.

The first half of the chronologically organized book, set in 1980, is a hyper-sexed representation of the wanton, hedonistic scene in gay bars, clubs and bathhouses. In the musical, that freewheeling time is captured in flashbacks.

Most of the action (such as it is) takes place in 1986, with the New Year opening the show. The title also reflects the number on the onstage bathhouse/disco door, and may refer to the 1930s soda-jerk slang meaning ‘to throw out or ‘get rid of.’

The central character, who goes by the provocative moniker ‘BJ,’ is at first in denial, and then, terrified by what’s going on around him. Too terrified to get tested (Reagan’s government will find out everything about him). Tons of people he has known and/or had sex with are getting sick and dying, and he can’t even recall their names.

This is especially true of Bob (bleakly humorous, affecting Sean Doherty), who thought they had a special connection, but BJ has no recollection.

As Bob lies dying in the hospital, BJ tries to assuage his own guilt, recapture his memory and do the right thing by visiting repeatedly.

He no longer knows who he is, but as he keeps insisting, he’s trying to become a better person.

As he connects with Dave (solid, compelling Jordan Barbour), Bob’s devoted caregiver, for whom this is the second lover to fall to AIDS, BJ begins to get a more realistic picture of what’s going on.

He isn’t the most sympathetic protagonist, but he makes an effort: he learns, he grows, he tries. And he vows to be one of those who remember.

“Eighty-Sixed” has been in development for nearly nine years, though it still needs some tweaking, shaping and shortening.

This world premiere is being presented, most appropriately, at Diversionary Theatre, which was founded in 1986, at the height of the HIV/AIDS crisis, in an effort to provide a platform for the LGBT+ community. After 36 years of doing so, it’s now the third-oldest queer theater in the country, and this is one of its biggest efforts.

The creators of the musical (book by Jeremy J. King, music and often-clever lyrics by Sam Salmond) are too young to remember the times they’re writing about. But, as artists in their 30s, they’re looking back and forward, hoping to pass on to their generation and those coming up after them, a sense of what those years were like.

For those of us who lived through that awful era, much of what’s in the piece has been seen before. We also have perspective on the devastating brain-drain in the arts community in particular.

As BJ, Preston Sadleir is confused and clueless at first, detached from his feelings; he’s the only fully fleshed-out character with a narrative arc.

Among those he interacts with, the most notable are Bob and Dave (Doherty and Barbour), as well as BJ’s fearless ex, Richard, a fellow-writer (Frankie Alicea-Ford, associate artistic director at Diversion). And Rachel (Farah Dinga), BJ’s only close friend.

The unpredictable, challenging but in some ways repetitive score didn’t strike me as very 80s-sounding, although it was reportedly inspired by the likes of Elton John and Fleetwood Mac. There were some fun or touching numbers, but no catchy melodies to walk out singing

The message is the medium here, to invert the classic 1964 Marshall McLuhan quote.

This show’s message is far-reaching, beyond just the ‘80s or AIDS: encouraging the community — not just the gay community, but the American community  — to come together to keep alive the names of those we’ve tragically lost. It couldn’t be more relevant.