“MARGIN OF ERROR” from The Roustabouts Theatre Co. 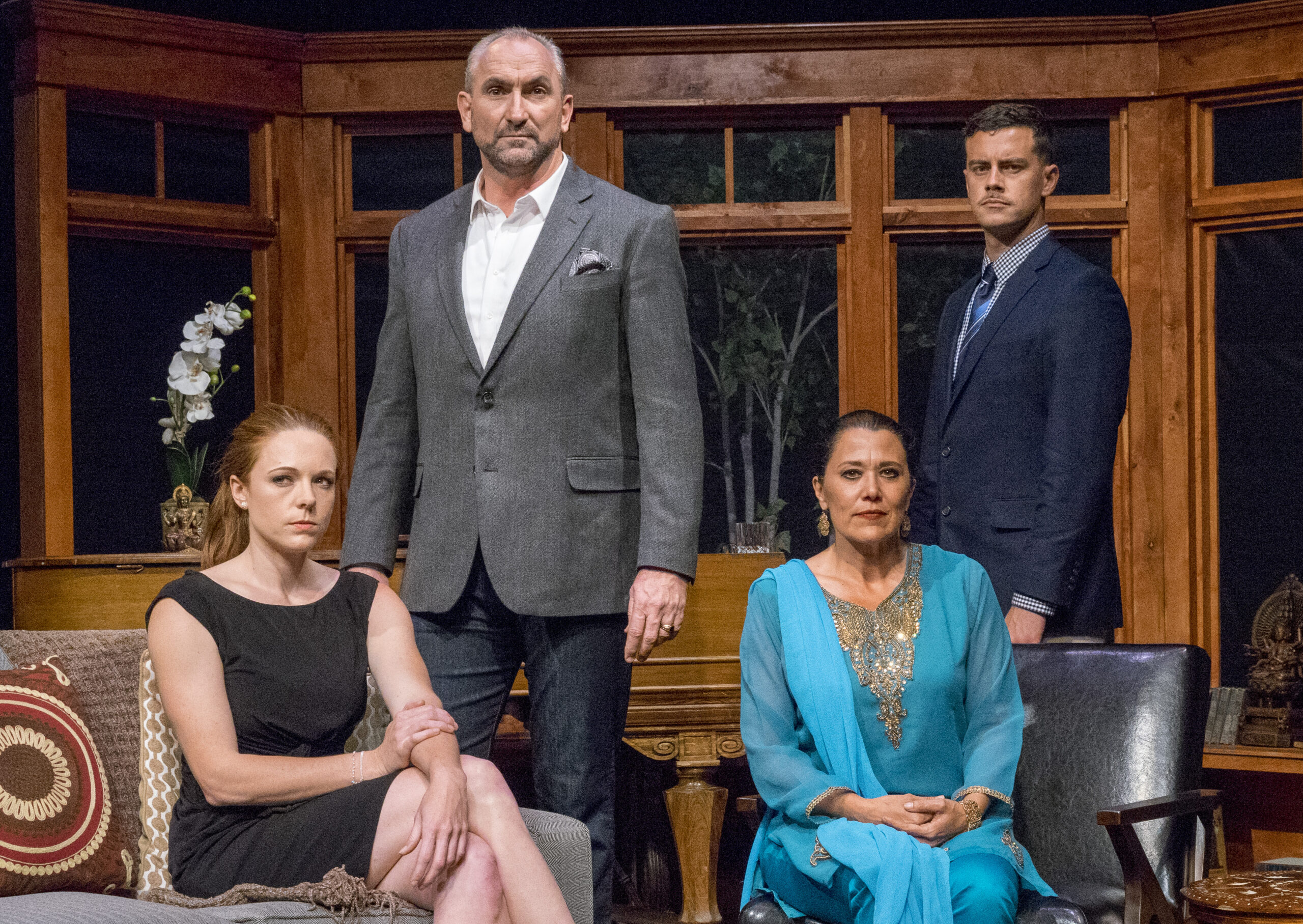 To launch their (virtual) fourth season, The Roustabouts are streaming a videotaped version of their inaugural production, the world premiere, “Margin of Error,” which debuted at the Lyceum Theatre in 2017.

Written by Roustabouts co-founder Will Cooper, and starring another co-founder, Ruff Yeager (the third member of the founding triumvirate is write/actor/director Phil Johnson), the play concerns genius, ethics and morality.

My original review of the compelling play, which aired on KSDS-FM San Diego on April 28, 2017, is shown below.

All the original elements are there in this effective video production. Some scenes are shot from the rear of the theater, revealing the heads of the audience, but that may make you feel like you’re right there with them. The many closeups allow you to get more intimate with these outstanding performances, fascinating, multi-faceted characters and this provocative play. Once again, my husband and I spent a long time discussing the issues after the play was over.

If the production were being mounted this year, in 2020, the East Indian character would likely (and hopefully) be played by an Indian actor. Nonetheless, Corrasco’s performance is superb. At the outset, there are a few audio inconsistencies (varying volume), but once it settled in, the play crept into your mind and your bones.

Don’t miss it this time.

Does genius grant exemption from morality? Certainly, many brilliant artists and scientists have exhibited less than brilliant behavior.

Take Anton Myrvold. He’s just become a finalist for the Nobel Prize in Physics. He considers himself, and his work, beyond reproach. He’s actually labeled himself the “conscience of science.” He’s passionate about his work on astronomical Dark Matter.

But, over the course of one evening, we come to see the Dark Matters lurking in his own life – both personal and professional.

He bullies his wife, an international human rights activist. He’s bombastic, pedantic, condescending. But he can also be a romantic, and an inspiration to his University of Chicago students. At this intimate dinner, he’s ready to announce the post-doc who will be honored with the most coveted fellowship in physics.

Anton promised the prize to the gifted Gray a year ago. But instead, he’s decided to give the internship to Gray’s somewhat less talented girlfriend, Britt.

Before the night is over, each of these fascinating, fictional characters will be tested to their ethical core. All will exhibit an instinct for ruthlessness, as they consider just how far they’ll go to get what they want.

This provocative drama, “Margin of Error,” is a world premiere by playwright Will Cooper, and the premiere production of San Diego’s newest theater company, The Roustabouts, co-founded by Cooper, and local actor/director/writers Phil Johnson and Ruff Yeager.

Yeager is the commanding center of this outstanding production, forcefully directed by Rosina Reynolds. The impeccable ensemble also includes Joel Miller and Kate Rose Reynolds as the young graduate student couple, and Roxane Corrasco as Anton’s Indian wife, the moral fulcrum of the group.

The design work is excellent, and contributes mightily to an auspicious beginning for this theater and this play. Despite some wavering accents and a fair amount of thematic repetition, this thought-provoking drama confronts critical issues of integrity, morality, abuse of power and women’s precarious position in the world of science – and beyond.

When Anton attempts to rationalize his actions, as men like him so often do, he insists that “It is our shadows that make us interesting.”

Look to the skies and ponder that.