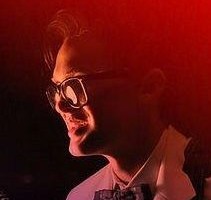 “Oh Boy,” as Buddy Holly used to sing. His sure was a fast, short but influential ride.

During his tragically brief career, the rock and roll pioneer had 10 hit records over the course of just 15 months. His band name, The Crickets, inspired the Beatles moniker; and his death, at age 22, in a 1959 plane crash that left behind “a widowed bride,” who was also pregnant, was considered by singer/songwriter Don McLean to be “the day the music died.”

He was a major influence on The Beatles, The Stones, Bob Dylan, Elton John, Eric Clapton, Bruce Springsteen and many others.

“Buddy: The Buddy Holly Story,” created by Alan Janes in 1989, is considered to be the first jukebox musical, which ran for 12 years in London’s West End.

Now it’s back in San Diego, after several previous visits, at OnStage Playhouse in Chula Vista.

The show chronicles the indomitable spirit and revolutionary professional life of Charles Hardin Holley. The Texas-born, glasses-wearing (which was an onstage first) country-turned-rockabilly singer who upended early rock ‘n’ roll, sounding black. So The Crickets proved to be the first white group ever to play The Apollo Theatre in Harlem.

That’s the only moment that rings false in this otherwise excellent production – since the band members here are all Latino – oddly enough, all part of a local Beatles tribute band, The Rollers.

Director Teri Brown really scored with Noah Zuniga-Williams as Buddy. He has the look, the pipes and the guitar chops. This guy’s a keeper.

The energy and commitment of the 15-member cast are palpable. It’s impossible not to clap and sing along with Buddy hits like “Peggy Sue,” “That’ll Be the Day,” “Every Day” and Maybe Baby.”