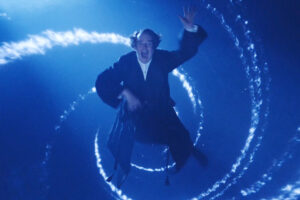 It’s impossible to imagine a Christmas season without “A Christmas Carol.”

The countless stage adaptations of the beloved 1843 novella (Charles Dickens created multiple written and performance versions himself) typically require a large cast for the more than 50 characters, and often involve Victorian songs or caroling.

But in this Year of COVID, the constraints on such massive productions are mighty. Theaters across the country have been coming up with inventive ways to retell the perennial tale of compassion and redemption, and perhaps most important of all these days, the need to be empathic and generous with those less fortunate than we.

Theater companies are offering “A Christmas Carol” on Zoom, onscreen, in your car, on the radio, even by mail.

One wonderful way to solve many of the production challenges is to present the piece as an actor showcase, a solo show. Dickens himself did this, touring both the UK and the U.S., helping to popularize the story and some say, inventing Christmas festivities as we know them.

In San Diego this year, we have a number of fine, accomplished actors with the same idea. At least three are world premiere adaptations.

But first into the spotlight is UC San Diego (MFA) alum Jefferson Mays, who was seen locally in his younger days as Hamlet (San Diego Rep, 1995), before he went on to greater glory — a Tony Award for Best Actor in a Play (“I Am My Own Wife,” which first had a Page to Stage presentation at the La Jolla Playhouse in 2001) and a Tony nomination for Best Actor in a Musical (“A Gentleman’s Guide to Love and Murder,” which had its world premiere at The Old Globe in 2013).

In both those productions, Mays played a boatload of characters.

So he’s no stranger to this kind of work. In “I Am My Own Wife,” also a solo play, his stellar dramatic subtlety was on glorious display, a Master Class in meticulously fine-tuned acting, with the portrayal of more than 40 characters. In “A Gentleman’s Guide,” his nine comedic characters were deliciously over-the-top.

His new “Christmas Carol,” which he co-adapted with Susan Lyons and Michael Arden (Arden directed), doesn’t have the same level of multi-character malleability (and very few costume alterations). The show was rapturously received when it debuted at the Geffen Playhouse in 2018. This streaming video version is co-presented by 57 partner theaters nationwide, including the La Jolla Playhouse.

Though Mays inhabits dozens of Victorian characters, with various dialects, the most memorable, aside from old, miserly Scrooge himself, are the spirits, the Ghosts of Jacob Marley and of Christmases Past, Present and Future. In all these cases, Mays’ voice is enhanced or technologically altered by means of the sound design.

It is, in fact, the theatrical sound design (Joshua D. Reid) and especially the spectacular theatrical lighting (Ben Stanton) which just about steal the show.

The intention was to go back to Dickens’ original conception of the tale as a ghost story. The lighting is very dim, the surroundings dark and ominous, with eerie sounds abounding.

Having seen and read innumerable versions of the tale, I was confronted by detailed description I’d never heard or seen before. But sadly, one of the most heartbreaking moments, the glimpse of young Ebenezer and his fiancée, Belle, is given very short shrift. This is the moment when money supplants people in his life, a choice that changes the course of his development The whole point is that he’s destined to wear the horrific chains his former partner Marley drags around, unless this fateful night forces him to changes his ways.

The Christmas morning transformation of Scrooge is a highlight, as it always is (though I missed him cavorting around saying he felt like a newborn baby). The new Scrooge is a lover of children and Christmas. Maybe, in this version, the alteration wasn’t stark enough; the initial Scrooge didn’t seem sufficiently gruff, nasty and misanthropic.

The messages are still there, of course (Dickens initially conceived the piece as a polemic pamphlet about the poor). But I was never brought to tears, as I so often am with this story.

If you’re looking for a fantastical version with fantastic production values, you could say this “Carol” sings.