PREVIEW: What is “INDECENT” to you? A New Play Confronts a Jewish Tragedy 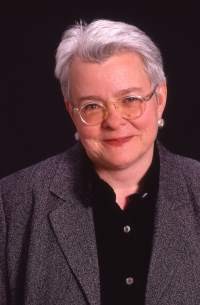 It seemed like a typical night on Broadway, 1923. But all hell was about to break loose. The vice squad not only closed down the production of “God of Vengeance,” they arrested the producer and 12 actors, and booked them on obscenity charges. It was a travesty, and it dogged the writer, Sholem Asch, for the rest of his life.

His play had a profound effect on another playwright, Pulitzer Prize-winner Paula Vogel (“How I Learned to Drive”), who first encountered “God of Vengeance” when she was a 23 year-old graduate student.

Now, four decades later, she’s teamed up with acclaimed director Rebecca Taichman, to tell the story of that fateful night, the buildup, the aftermath, and the artists who risked their lives and careers to perform in that incendiary work of theater. The result, “Indecent,” a provocative play with music, receives its world premiere at the La Jolla Playhouse (11/13-12/10).

“I was stunned when I first read it,” says Vogel, who teaches at the Yale School of Drama.

“I couldn’t believe these beautiful female characters, and a love between two women. A newlywed man in his 20s wrote this? How could he so clearly see women who have to work in the sex trade, and how women were brutalized?”

Director Taishman, it turns out, had written about “God of Vengeance” for her graduate thesis at Yale. Using transcripts, she’d staged the obscenity trial.

“That trial made a deep impact on all of us who’d read the play,” says Vogel, who’d been “tracking the work” of Taichman, and thinking they could work effectively together.

Five years ago, Taichman and Bill Rauch, artistic director of the Oregon Shakespeare Festival (OSF), contacted Vogel. OSF had commissioned Taichman to create a work about the “God of Vengeance” debacle. Yale Repertory Theatre, in turn, commissioned Vogel, its current playwright-in-residence, to write the piece. Yale, which is co-producing the play with the La Jolla Playhouse, premiered it last month.

“It’s been incredible collaborating with Rebecca,” says Vogel. “We’ve designated each other co-creators. Almost every page I fly by her, and likewise, I’m there all the time watching.

“We’ve taken on something very ambitious. We have a klezmer band, original music, projections, choreography. There’s a cast of seven, plus three onstage musicians, who are part of the troupe that tells the story.

“Essentially,” Vogel continues, “it’s a play about a play. We don’t see a lot of the original play; most of the action takes place backstage, and also covers a wide swath of Jewish history and American Jewish history.”

The story of “God of Vengeance” unfolds like a Greek tragedy. Set in a town outside Warsaw in 1905, in the home of Yekel Shepsovitch, a shrewd businessman who tries to live an upstanding life upstairs (with his virginal daughter and his former-prostitute wife), while in the basement, he’s running a brothel. Yekel plans to marry his beloved daughter, Rivkele, to the son of a rabbi, offering a large dowry to counterbalance his tarnished reputation. He also commissions a Torah to be created for his house; only a man of dignity can have that blessing.

But Rivkele foils his plans by falling in love with a young prostitute. The first act closes with a lusty scene and what might be the first onstage lesbian kiss. In the second act, after a tender love scene, the two women run away. Yekel eventually gets his daughter back, but in dismay, he throws the Torah down and casts out his daughter and his wife.

Why the play was so inflammatory

“When we came to the U.S. as Jewish immigrants,” explains Vogel, “we were very aware of being a minority. We didn’t want anybody to air our dirty laundry. Jews didn’t want American Christians to think their people were involved in the sex trade.”

Asch chose a Jewish brothel owner, which in Yiddish, seemed to be acceptable – both to European and American audiences.

“The clash between Yekel’s repellant career and his paternal idealism, and the catastrophic result of that collision, forms the powerful spine of the play,” says Vogel. “But when it was translated into English, American Jews were worried about anti-Semitic kickback. Eugene O’Neill had loved the play. He compared it to the work of Gorky, Ibsen and Zola.”

But in New York, Vogel explains, the most vociferous complainant was the highly influential Rabbi Joseph Silverman of the wealthy, 5th Avenue Temple Emanuel.

“He couldn’t have Asch arrested as a pornographer, because Asch was a household name abroad. He was the Isaac Bashevis Singer of his time. In Europe, a 12-volume set of his work was published in the early 1920s, and he had a worldwide readership. His oeuvre was considered a masterpiece. People thought he would get the Nobel Prize. They couldn’t arrest him. So they arrested the cast. But the obscenity trial kind of derailed his career.”

As director Taichman has put it, “Written in 1907, the play seemed destined to push every button — with lesbians, whores, pimps, a vengeful God and a hypocritical rabbi. In ‘Indecent,’ Sholem Asch’s play serves as the lens through which we look at Jewish history and bring into sharp focus the very real power of theater on those who see it, write it and make it.”

Vogel describes “Indecent” beginning in Sholem Asch’s bedroom His new wife has just read the first draft of his latest play, “God of Vengeance.” She loves it. She’s a suffragette, a socialist, the product of a liberal, Enlightenment household. The next day, when he reads the play to the noteworthy Yiddish writers of his community, at the literary salon of I.L. Peretz, a prominent figure in the Jewish Enlightenment, Asch is urged to burn the play.

“The action follows the trials and tribulations of the women playing the lesbians and prostitutes, to the night the New York production is shut down. The piece ends in 1952, in Asch’s study in Bridgeport, Connecticut.” (The writer died in 1957).

Vogel won’t reveal more, but she concedes that the play is “a love song for theater, and for Yiddish theater.”

Still, she says, “there are many mysteries about Asch’s involvement in the whole process. He agreed to certain cuts in the text, but failed to show up for the trial. But this is not a documentary. It’s a fiction. I’m making a lot of things up.”

When “Indecent” opened last month at Yale Repertory Theatre, the New Haven Register hailed it as an “exquisite co-production… (with) sublime depth… a vividly colorful portrait of a theater troupe sacrificing all for art’s sake.”

Vogel feels that the new play spotlights “how we as immigrants, as Americans, needed, and still need, our art and music in the New World. Arthur Miller would revisit a major theme of the play in ‘All My Sons’: What you do for money comes back and strikes you. The sins of the father fall upon the children.”

Vogel herself was the product of a Jewish father and a Creole mother. “I grew up with the best of both worlds,” she quips, “with homemade chopped liver and gumbo!” She once read that playwright Lillian Hellman, who also had a Jewish father and Catholic mother, used to cross herself and say ‘Oy.’ “I do that every now and then,” Vogel admits.

She married into a Jewish family; her wife is a scientist who writes about biology and gender. Vogel’s own Jewish grandparents were from Germany and Russia.

“I consider this story part of my history,” she asserts, “part of my legacy.”

She attended Catholic University, “because it had one of the best theater programs,” she says. “I told them I was Jewish, so I didn’t have to take religion classes.”

Her life since then has had an interesting trajectory. When she applied to Yale for graduate school, she wasn’t accepted (she would have been in the same class as renowned playwrights Christopher Durang and the late Wendy Wasserstein).   She attended Cornell University instead, and went on to spend 24 years as head of the playwriting program at Brown University. She ultimately ended up as the Eugene O’Neill Professor of Playwriting at the Yale School of Drama.

“Everything has a structure,” she says of the irony of her being revered at Yale, where she was once excluded. “You just have to live long enough!”

At 64, Vogel is a grande dame of the American theater. Four collections of her plays have been published. Among her innumerable honors are membership in the Theatre Hall of Fame, a Lifetime Achievement Award from the Dramatists Guild, the Award for Literature from the American Academy of Arts and Letters, and the William Inge Festival Distinguished Achievement in the American Theatre Award.

These days, she’s brushing up her Yiddish, with help from professor and historian Joel Berkowitz of the University of Wisconsin-Milwaukee and Grammy Award-winner Lisa Gutkin, violinist of the Klezmatics, co-composer and part of the “Indecent” troupe.

“They both tell me Yiddish is making a comeback,” Vogel says with delight. “There are Yiddish camps all over Europe, and people regardless of religion are studying it. It’s a language that should be alive.”

As for the controversy that “God of Vengeance” instilled, she says, “I think it’s good that writers bite the hand that feeds them. It’s like the Greek dramatists; they criticized the ruling class.

“I believe that great theater wounds the memory. I like to think that such transforming moments on the stage, or on the page, remain with us even in the final days of our existence, providing solace, ache and agitation.”

Clearly, “God of Vengeance” played that role in Vogel’s life.

“I long to have a conversation with the audience,” she says. “To ask them: What do you think? Should the play have been censored?”

Perhaps she’ll have that opportunity when she’s in San Diego for the premiere.

“Indecent” runs at the La Jolla Playhouse from November 13-December 10.